Beyond Efficiency and Renewable: Sufficiency Matters to Limit Global Warming by the End of the Century to 1.5°C

This blogpost is a slightly altered version of the sufficiency section included in the report entitled 1.5-Degree Lifestyles: Towards a Fair Consumption Space for All published by Hot or Cool Institute.

An energy investment treaty has been holding Nord Stream 2 hostage

The German government has been worried about being sued by the fossil fuel companies behind the Russian gas pipeline under the Energy Charter Treaty.

COP26: Sufficiency Should be First 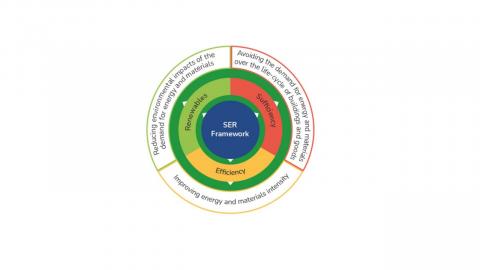 Avoiding the climate emergency requires going beyond the current set of policy measures. Instead, the concept of sufficiency needs to be adapted and applied to today’s environmental and societal challenges. This would provide clear metrics that are equitable and within the Earth’s ecological limits. The application of sufficiency to policies for building stock would provide a decent living standard for all and have a significant impact on limiting global warming.

The RWE case against the implementation of the Dutch climate target provides additional evidence that EU climate law needs provisions to end protection of foreign investment in fossil fuels.

The Dutch Government’s strange relationship with the Energy Charter Treaty (ECT) is coming back to bite the Netherlands.

EU ministers attending the Energy Charter Conference on 16-17 December should work on the collective withdrawal from the ECT if other contracting parties oppose the phase-out of fossil fuels from the treaty’s binding provisions.

Energy Charter Treaty reform: Failure in the first round

The German Presidency should end the comedy of the modernisation of the Energy Charter Treaty and work on a decision to withdraw en masse from the treaty without further delay.

In a laconic “public” communication from another era, EU citizens and lawmakers were informed about the end of the first negotiation round on the Modernisation of the Energy Charter Treaty (ECT).

The EU taxpayer is the main loser from the continuation of the Energy Charter Treaty which locks Europe into carbon and energy injustice at a high cost to taxpayers.

Europe’s Green Deal is under threat from Energy Charter Treaty

The EU and its member states should collectively withdraw from the Energy Charter Treaty, which protects fossil fuel investments, and go to the UN Climate Summit in New York with a call to develop a ‘Treaty for the Non-Proliferation of Fossil Fuels’, argues Yamina Saheb.

The Energy Charter Treaty (ECT) is a multilateral investment agreement which protects investments in the supply of energy. The ECT was signed and ratified by the EU and its Member States in the 1990’s.

Heatwaves hurt the poor most: time for an EU plan

Recurring heatwaves across Europe have been most devastating for the poor. New EU institutions have a mandate to make Europe’s energy transition a just one, but this can only be done if a European Marshall plan is implemented to fight climate change and protect the vulnerable.

France and Europe: Time to end complacency on climate leadership

As France changes environment minister, we must collectively admit that a very poor job has been done with Europe’s Clean Energy Package, writes Yamina Saheb.

Emmanuel Macron was elected on the promise of “Un Nouveau Monde” in France and within the EU. Many of us hoped that the “Progressive” French president would take the lead to “#makeourplanetgreatagain”.